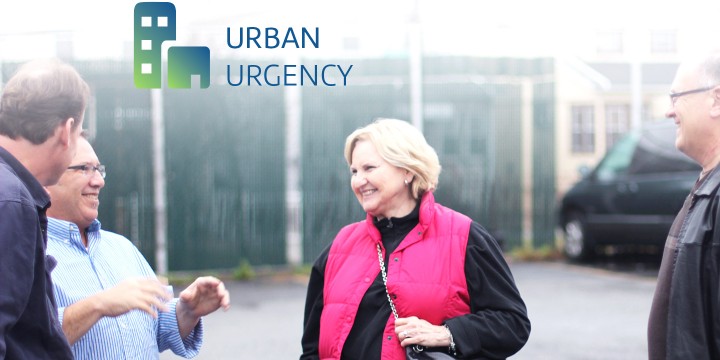 ​The Crowded Ways of Life: An article on “Urban Urgency” from Jo Anne Lyon

I remember the pool hall with no walls; but more tables than I could count. It was packed with players 24 hours a day. I walked by this place every morning on the way to the headquarters and training center for The Wesleyan Church of the Philippines. On the floor above the pool hall is a disco, packed every night with young people. The music could be heard for blocks and generally ceased about 4 AM.

The city was very noisy in every way imaginable. The street was very crowded with people and stalls selling food and trinkets. There were hotels blaring signs that looked rather suspicious. There was the noise of jack hammers starting every day for the remodeling of old high rise buildings on the street. Large Jeepneys lined the street and above all this was the roar of the city train transit system. In fact, this was the center of two intersecting train lines from various parts of this great city of some 18 million: Manila, Philippines.

While there, the ancient hymn came to my mind, “Where Cross the Crowded Ways of Life.” Part of the hymn goes like this:

“In haunts of wretchedness and need,

On shadowed thresholds dark with fears,

From paths where hide the lures of greed,

We catch the vision of Your tears.”

Walking onto the beautifully manicured entrance garden of the Church headquarters, immediately brought peace to the soul and contrast to the chaos outside. It would be tempting to hide away from the noisy city they found themselves in. But the delegates to the 7th Annual General Conference of the Wesleyan Church of the Philippines did not intend to isolate themselves in these beautiful grounds; instead they invited the broken and lost to hope in Jesus. The 20 Wesleyan churches in Manila are strategically envisioning a large increase.

This was the first time the General Conference had been held in metro Manila. The delegates from the more rural areas, as well as those from other cities of the Philippines, were excited as they too caught the vision for the City. There were no complaints about the noise and crowdedness; it was welcomed knowing that God had placed the headquarters and training center in the midst of need.

“The cup of water given for You,

Still holds the freshness of Your grace;

Yet long these multitudes to view

The sweet compassion of Your face.”

May we continue to follow the example of our Filipino brothers and Filipina sisters, offering the freshness of the grace of God in those places where cross the crowded ways of life.

Jo Anne Lyon is the General Superintendent of our denomination, serving to guide the vision, key message, and missional priorities of The Wesleyan Church.

What if we returned to the creed with more intentionality? What if we countered the trend toward shallowness by using a tried and true creed to center us on the non-negotiables?

​At the table: beyond Christian tokenism

"We must stop saying we need more women in higher positions! We need women with courage to step up and be faithful to God."

Newark, N.J., is a city of challenges and broken systems, both in the areas of justice and education. But God is using Newborn Wesleyan Church to break barriers and minister within the community.