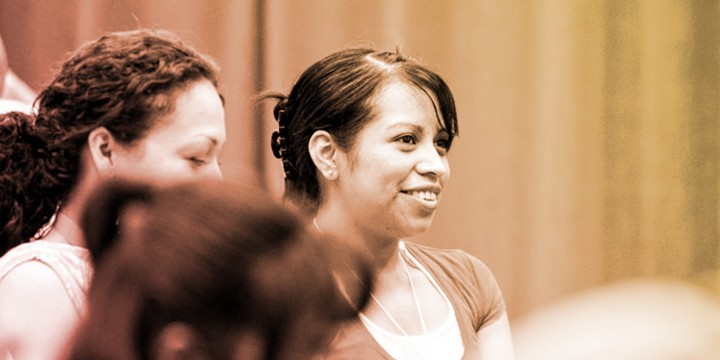 In the tour of a church in Ft. Worth, Texas that has set the pace for planting churches and reaching the world in the most difficult places my eyes fell on a painting hanging in the hallway. I was captured by what appeared to be the backs of a crowd of people shrouded in grey. However, there was one person in red. The pastor explained: this represents a woman who pastors a church of 100,000 – yes, I did not add a zero – in North Vietnam. The artist depicted her among the crowds of people who do not know Jesus as the one who is “covered by the blood.”

I stood before that painting with eyes filled with tears. The courage of this woman to proclaim the gospel in a place of persecution! The faith of this woman to know Jesus and the power of the resurrection! The obvious attraction and hope of Jesus through her!

I then reflected on the thousands of women who are church planters in China, many between the ages of 18-24 with some 30 million followers. Again, the courage, faith and power of the Holy Spirit make this possible.

I was again drawn to the words of Joel which were preached by Peter at Pentecost:

God is calling women to the ministry in unprecedented numbers these days, both those in college and seminaries as well as second-career women. Whether they are in North Vietnam and China, or Virginia and Canada, I believe a new Pentecost is rising with them.

Jo Anne Lyon is the General Superintendent of our denomination, serving to guide the vision, key message, and missional priorities of The Wesleyan Church.

When someone questioned Mary Slessor as to how she could do great feats because she was "only a woman" she reminded him who God was.

I'm prompted to fight for the relationships that matter and to love with ferocity.

​The 6 Bs of evangelism

Rev. Wes Dupin unpacks why evangelism is something everybody can do.

​At the table: beyond Christian tokenism

"We must stop saying we need more women in higher positions! We need women with courage to step up and be faithful to God."

Tell me about a woman (beyond your family members) who has had a big impact on your spiritual life.

The word I had never heard

Jim Dunn heard a new word in fourth grade, something he wasn't sure was okay to say. Now he encourages us to view that word as an opportunity to share Christ this Easter season.