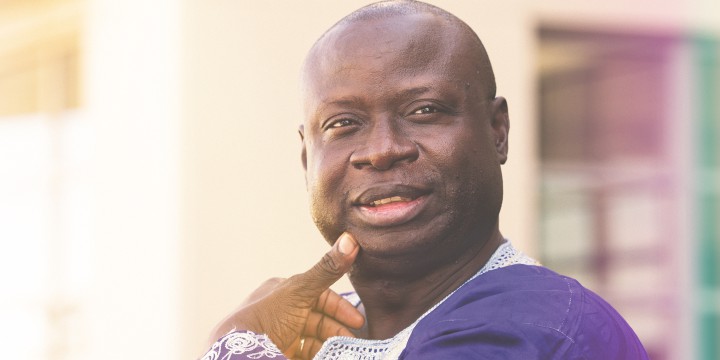 When the R.U.F. (Revolutionary United Front) rebels entered and occupied Makeni, many people fled for their lives and others cowered in terror. On the second Sunday after their arrival, Rev. Usman Fornah, pastor of the Rogbane Wesleyan Church, passed the word that they would hold services. Only a small handful of people showed up for church, and they just had a quiet service together. After praying, however, Rev. Fornah determined that he would ring the great church bell the following Sunday and let the town know that church was on, no matter what the consequences. When he did, 120 showed up, still only a fraction of the large church, but they worshipped loudly and openly, and they found that they were not prevented from doing so.

Rev. Fornah moved about the city, locating the remnant of pastors of all denominations that had stayed behind---there seemed to be about thirty----and encouraged them all to resume services. He also gathered them all to meet together every Saturday to share information, pray, and encourage each other.

The number two rebel leader was a "moray man," a sorcerer who was said to possess dark satanic powers. At his urging many terrible atrocities took place and he was feared above all. The thirty pastors of the town prayed and felt led to confront this evil together. Rev. Fornah met with the moray man and invited him to the pastors gathering on a Saturday, though it could have resulted in all of their executions. He played on the man's pride and said they were all spiritual men and wanted to hear from him. Also he said the pastors would pray over him. The moray man came to the meeting thinking he was an honored guest. They respectfully listened to the moray man speak.

When it came time to pray, all the pastors gathered round and laid hands on the incarnation of evil and prayed for God to be glorified! The moray man did not realize that they were all praying for God to rescue their city from his great evil and cleanse the earth of it. In a miracle of answered prayer, two days later the moray man mysteriously disappeared and was never heard from again. Some said Superman, the rebel leader, became angry with him over some petty remark and killed him. But there was no doubt in the pastors' minds that God had answered their courageous prayers.

Extraordinary courage did not end with the close of the war. Today there is a new war being waged, and it is in some ways even more frightening. The Ebola virus has already killed thousands in Sierra Leone in the last few months, and the numbers are increasing every week, including many in Wesleyan churches. During Rev. Fornah's recent visit to the U.S., he spoke at several Wesleyan churches to raise prayer and financial support for the Ebola battle and for ongoing gospel ministry among a desperate people. Near the end of his tour, someone asked if he was afraid to go home to the thick of the Ebola battle. He answered, "I am increasingly anxious, but only because I want to get back there so badly. I am needed. And God wants me there. My heart won't be at rest until I am back among my people, helping to stop the spread of Ebola, and encouraging our pastors and workers."