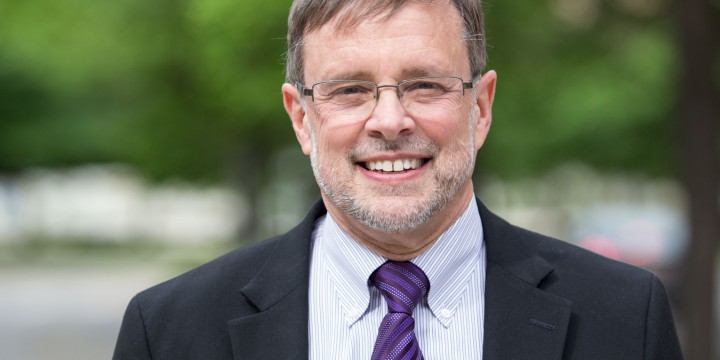 Rev. Dr. Wayne Schmidt is the General Superintendent of The Wesleyan Church, a role he was elected to on June 6, 2016 by the North American General Conference in Buffalo, NY. Previously, Wayne has served as the chief administrative officer of Wesley Seminary at Indiana Wesleyan University since January 1, 2010. He has led the seminary from its infancy to over 500 students from 34 states and 11 countries, achieving full accreditation and offering training in English and Spanish.

From 1979-2009, Dr. Schmidt was first a co-founding pastor, and then, senior pastor of Kentwood Community Church (KCC) in the Grand Rapids, Michigan, area. He gave leadership to planting the church and growing it to a multiethnic church with over 2,500 in weekend attendance and seeing more than 200 people saved annually. KCC also took the lead role in planting 10 daughter churches during Dr. Schmidt's tenure.

Dr. Schmidt has given outstanding leadership to building strong multi-ethnic communities. At Kentwood Community Church, the congregation moved from being only two percent multi-ethnic to over 12 percent by 2009. At Wesley Seminary, the same commitment to multi-ethnicity has resulted in the strong Spanish language programs and also serving other ethnicities well, with a student body that is nearly 40% ethnic minority.

Dr. Schmidt has been on the district boards of administration in West Michigan and Indiana North Districts for a total of 15 years and also served as assistant district superintendent of West Michigan District for seven years. He has helped lead strategic roundtable discussions in all but two North American districts, and has ministered on several mission fields. He is an Indiana Wesleyan University graduate, holds a master's degree, and earned a Doctor of Ministry degree at Trinity Evangelical Divinity School.

Dr. Schmidt has demonstrated seminal thinking in ministry leadership through half a dozen books, includingAccountability: Becoming People of Integrity; Leading When God is Moving; Soul Management; Lead On; Power Plays; and Ministry Velocity. He also has contributed chapters to books such as The Church Jesus Builds, various articles to publications, and has been a contributing editor for Leadership Journal.

He and his wife Jan have been married for 37 years and their three children and their spouses and six grandchildren all serve the Lord.

Discipleship is most effective when it happens on a daily basis.

The mission of the church is nothing more and nothing less than a mission of discipleship.

Getting real about prayer

Our General Superintendent unpacks exactly what he means by calling for “focused prayer.”

Both Leading and Caring

I was stunned to see the strong beginning of this particular discipline. Scripture is rich with examples of pastoral theology.

#MadeNewGatherings - Vision for The Wesleyan Church

On January 15, 2015 Dr Jo Anne Lyon shared a new vision for The Wesleyan Church called "Made New Gatherings." In this vision she called on all Wesleyans to consider starting a new gathering.

​The Crowded Ways of Life: An article on “Urban Urgency” from Jo Anne Lyon

The city was very noisy in every way imaginable. The street was very crowded with people and stalls selling food and trinkets. There were hotels blaring signs that looked rather suspicious...

What if we returned to the creed with more intentionality? What if we countered the trend toward shallowness by using a tried and true creed to center us on the non-negotiables?