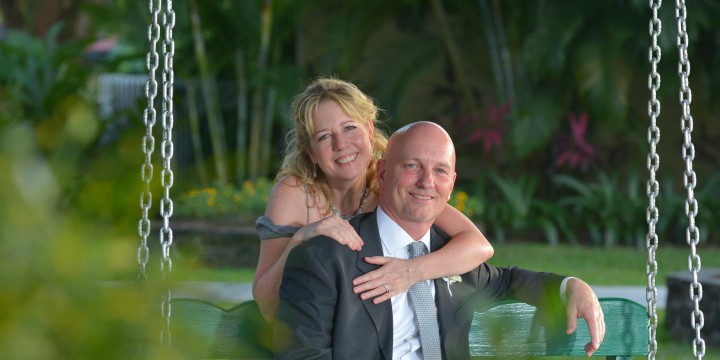 I had been living as a pastor's wife for two weeks when the The Wesleyan Church's General Conference convened in Buffalo, N.Y., on June 4.

My husband and I, Rev. Tim Jones, were married at the end of February. But it wasn't until May that I sold my condo in Alexandria, Va., left a good job, an interdenominational church, and close friends and joined my husband, senior pastor at United Wesleyan Church, in Easley, S.C.

There I was, at age 51, embarking on my first marriage to a boy I first dated when I was 17 and hadn't seen for 30-plus years. How we reconnected with 500 miles between us is truly a "God thing."

This is how I wound up sitting in a room full of Wesleyan pastors in Buffalo, soaking up the wisdom of Dr. Jo Anne Lyon (former General Superintendent and current General Superintendent Emeriti), being proud of my new title as a Wesleyan, and hearing amazing testimonies and marveling at how God works all things according to his purpose. Things such as sharing the testimony of a couple who used to worship Satan and praying that it would impact a room full of Christian leaders. Or, transforming the hearts and minds of the "crooked cop" and the man he falsely accused and sent to prison for years who now tell their story as friends.

I was blessed to experience all of this, but I was still trying to figure out why I was there.

"Lord, what is my purpose here?" I wondered.

I had just left a pressure cooker environment of working for an understaffed international association. I was used to having an important role as vice president of communications. I was used to feeling needed as I rewrote speeches and changed presentations on the fly at events. This was my comfort zone. This was the life I knew.

So as I was listening and contemplating where to go for lunch and where to have my nails done while the business portion of the conference took place, I started asking God, "Why am I here, and what do you want from me?"

I knew my former coworkers were at an annual, international expo called "ADE." They were, on that very day, in the sun drenched southwest of Spain enjoying exotic Seville. And I was in Buffalo.

I realized at that moment I sounded rather selfish and ungrateful in my questions and musings to God, so I apologized and started to praise him for taking me out of the Washington rat race and giving me this new life and the luxury of time to enjoy it. For giving me a husband I adore and the important role of praying for his ministry, for those we have yet to impact, and for the district leaders sitting around me, most of whom were strangers to me. It wasn't until then that I began to see just how important the role of a pastor's wife truly is–so much so that I began to feel inadequate at filling it.

As these thoughts and questions about whether or not I was where God wanted me to be swirled in my head, the slide on the stage screen changed to the conference theme—Made New. I literally covered my mouth and tried not to laugh out loud. I was giddy at God's response, his timing, and his faithfulness in answering me so specifically. On the big screen, the graphic for the conference appeared like this:

I looked at this slide probably for the fifth time since the start of the conference. But I was seeing it for the first time as a direct answer to prayer. For what I saw, and what I heard was: I have a new ADE for you, Michels.

I experienced a total sense of purpose and of calm at that moment. Now the Lord had my attention. But he didn't stop there.

The next day Dr. Lyon said she was going to do something unusual. She told the story of a woman named Kim who was healed of debilitating arthritis after 15 years while attending another Wesleyan conference. Dr. Lyon then asked if anyone attending General Conference wanted physical healing. Those who sought healing stood while those seated around them laid hands on them.

I jumped to my feet. Her story about this wonderful, godly woman named Kim moved me, partially because I had been suffering from arthritis in my neck for 15 months. As those laying hands on me prayed, I knew immediately that I was healed. As we were being seated, a woman who had come from the other side of the room to pray for me whispered, "By the way, I'm the Kim in the story." I think I shrieked as though I had just met a rock star. I felt it was a personal gift to me from God.

I wait now in anticipation of praying for healing for someone else who has suffered with arthritis—maybe for 15 weeks, or 15 days. God does seem to have a sense of humor and that is something he just might do. I thank God for not only being a good, good father, but for also bringing me a new family, the Wesleyan family.

For me, the events in Buffalo reinforced something I believe God has been speaking over and over for months—the need to live our lives with intentionality and to pray specifically. Don't limit God by not asking for something big that he wants to give you. And don't ask for something so generic that you miss it when he actually answers you.