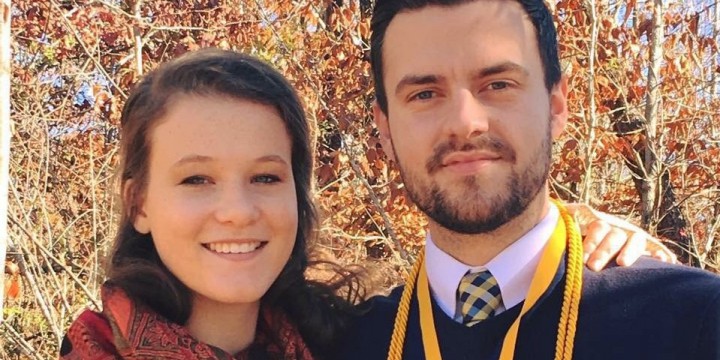 There's no way to adequately describe how deep darkness can affect you when you fail like I have.

An unbearable and cavernous solitude was created when I, a homeschooled ninth-grade student who had barely finished that year's coursework, chose to end my education. The guilt that followed shackled my hands and feet and wholly corrupted my self-esteem. The confidence God had once planted through the sowing of children's church leaders, family members, and even vacation Bible school lessons had all but vanished. I looked inwardly and saw only an abyss, void of any light, hope, and purpose. This became my reality, and it forged my broken identity.

I don't know what hurt the most about failing to finish high school. Part of me thought the worst part was letting down family, while the other part of me was more selfish. I was simply embarrassed and ashamed to tell anyone that I was a ninth-grade drop out. I began to lie to everyone about my education. Whether it was "I graduated early" or "I went to school somewhere else" my lies began to intertwine with my new lack of self-esteem. The web of lies became entangled. My brokenness led to indescribable depression. How would I ever make it in life? How could I ever make it into college and, if I did, would I just quit again?

These questions haunted me for a long time. I accepted my role as a broken failure and stopped trying to accomplish anything in my life. I was living selfishly in a worthless fashion.

Yet despite my feelings of unworthiness, something strange happened one night. God asked me to surrender. In my helpless state, I yielded to him and discovered God was placing a special calling on my life. I clearly heard a voice that said, "I will use you if you say 'yes.' I will equip you if you surrender." At that moment, I gave God complete control and accepted my call to ministry, brokenness and all.

Little did I know that the surrender God asked of me would mean overcoming my greatest failure and exposing my biggest embarrassment. Surprisingly, God called a high school dropout to go to college for ministry at Southern Wesleyan University. I had stepped out in faith by surrendering, but college seemed as if God was simply highlighting and proving my limitations to me. (Honestly, if I did not trust God's nature, I might have guessed he was pulling some sort of cruel joke on me.)

I began working my way through the ordination process of The Wesleyan Church and was hired as a youth leader for a small church in Easley, South Carolina. After two years of service there, God called me to a larger church in Easley, where I am blessed to serve as the young adult pastor. The Wesleyan Church, especially in my experience in the South Carolina District, helped me grow both in ministry and in my own spiritual walk. God once again kept his promise to always equip me.

Sometimes it's unreal to think that God really took me from a drop-out with no life purpose to a college graduate with a heart to serve him and the church. It proves that no matter what failures a person has faced, no matter how thoroughly one has created a disastrous identity, God can and will redeem. And when he calls you, no past pain is too big for him to handle.